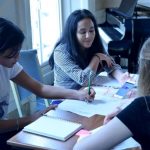 You might have thought that the shockwaves of #MeToo, felt everywhere across the globe, would have led to some kind of concrete government action.

Not so. A report by the House of Commons’ Women and Equalities Committee, published on October 23, showed street harassment of young women to still be very much alive and kicking.

Surveys showed a huge 85 per cent of women aged 18-24 have experienced unwanted sexual attention in public places, while 60 per cent felt unsafe walking home, and an increasing number were scared for their safety online.

The impacts of these kind of societal norms are wide-reaching. Countless studies have shown harassment to highly damage self-confidence, especially in the case of teenagers – already subject to 1001 different pressures in their everyday lives.

We’ve seen a worrying increase in reports of self-harm among teenage girls. This is not an isolated phenomenon: it’s a direct result of our culture’s obsession with appearance as a measure of value, almost a form of currency. A currency whose unrealistically high exchange rates sets these teens up for what they can only see as a hopeless life of debt.

This was more or less the world view of 16-year-old me. Of course, I resented our addiction to airbrushed beauty, but at the same time could see no way out of it. After all, what could one person do against a tide of entrenched societal norms?

Enter Catalyse Change, a Bristol-based social enterprise aiming to inspire, empower and skill our city’s young women for the green careers of the future.

Corny as it sounds, their Catalyst Bootcamp revolutionised the way I saw my future panning out. Suddenly, I’d been surrounded by these amazing women with amazing careers, and felt buzzing with inspiration.

It finally dawned on me the level of lies I’d been told: there was no “mould” for success after all, with every speaker having a different journey, different interests, and different ideas to change the world.

Surprisingly enough, not one of the women introduced themselves with their weight, or at any point credited their plastic surgeon with their career success. Mind blown.

Two years on, and the organisation’s reach continues to widen month on month. Its founder, Traci Lewis, has done some amazing outreach projects in the community, working with a wide range of schools.

Only last week, co-founder Jenna Holliday hosted a confidence-building workshop at Clifton High School to a crowd of 80 young women. There’s also a brand-spanking-new mentoring scheme to support bootcamp graduates (and anyone else dying to get involved) on their path to a meaningful career in sustainability.

We so often subconsciously feel a need to compete with other women in society: this course proved to me what could be achieved if only we were could do the opposite.

Let’s not wait for the government to act on this issue- we all know how long that transition period would be. Let’s start empowering our young women today, and help them appreciate where their value truly lies.

Sophie Harvey-Rich is a Bristol-raised student, and member of the Young Women’s Advisory Board for Catalyse Change CIC.

Top tips for how to live more sustainably
June 14, 2020
Tweets by CatalyseCh

Keep up to date
We use cookies to ensure that we give you the best experience on our website. If you continue to use this site we will assume that you are happy with it.OkPrivacy Policy